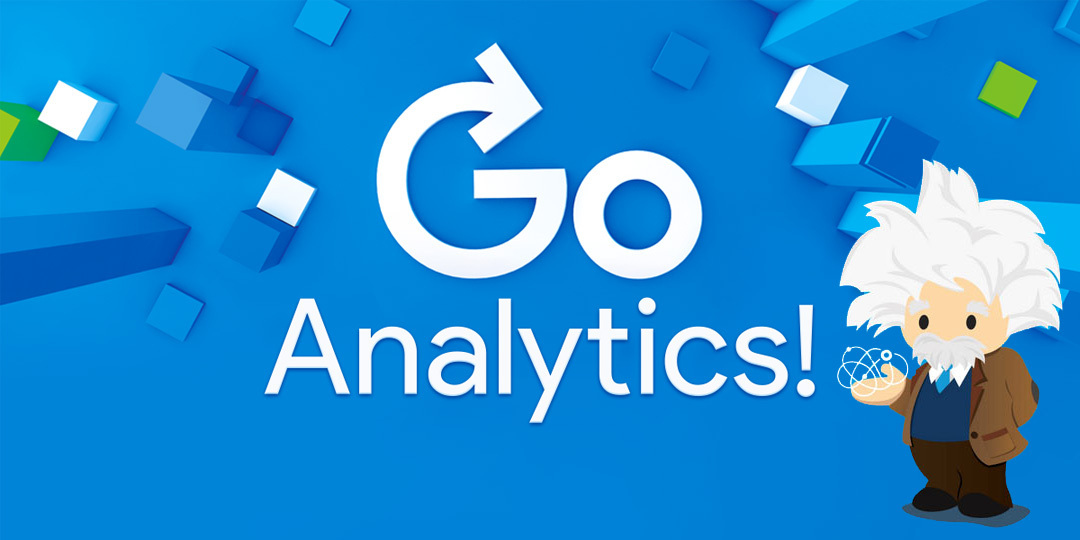 How Go Analytics Shaped the Language of Einstein AI

In 2007, while waiting for a prolonged time for large C++ projects to complete, the software engineers at Google began developing Go. Go is a Google-designed language for large scale, modern software engineering. The central idea behind Go Analytics was to combine the high-level writing of industry titan Python, with the execution of C. Both systems had their flaws. Python was not as effective at an enterprise level. C produced great quality but also took too long for large businesses.

At the same time, Einstein Analytics was adding business intelligence processing to Salesforce instances. Through cloud-based AI processing, it generated actionable insights— forecasts, pipeline reports, performance measurements—directly from Salesforce CRM data plus as much external data as the customer needs, regardless of its structure and format. Salesforce was building its own language for Einstein with a similar goal to Go. At first, Einstein found the combination of Python and C worked. But soon after, they started to experience slowdowns as they added features. These features were added to the Python wrapper which is notorious for its troubles with multi-threading. Salesforce needed another way.

Initially wary of the relatively new Go language, Salesforce liked the fact that they had similar outlooks on language development. Go also made coding that was easy to understand so its strengths included solid built-in tooling, quick compiles and deploys, and easy troubleshooting. In 2016, it came time for Salesforce to write a new query engine kernel. For this task, they decided to use Go. This rewrite was completed in 2017 and the new Go version of Einstein Analytics went to general availability in 2018. Salesforce and Go Analytics have grown at the same pace over the past decade. Both are now widely used by Enterprise level businesses all around the globe. Google continues to put time and resources into Go and the language is improving year by year.

Looking to implement a Property Management System to your property? Schedule a brief intro call here to see if we can help find a solution for you.