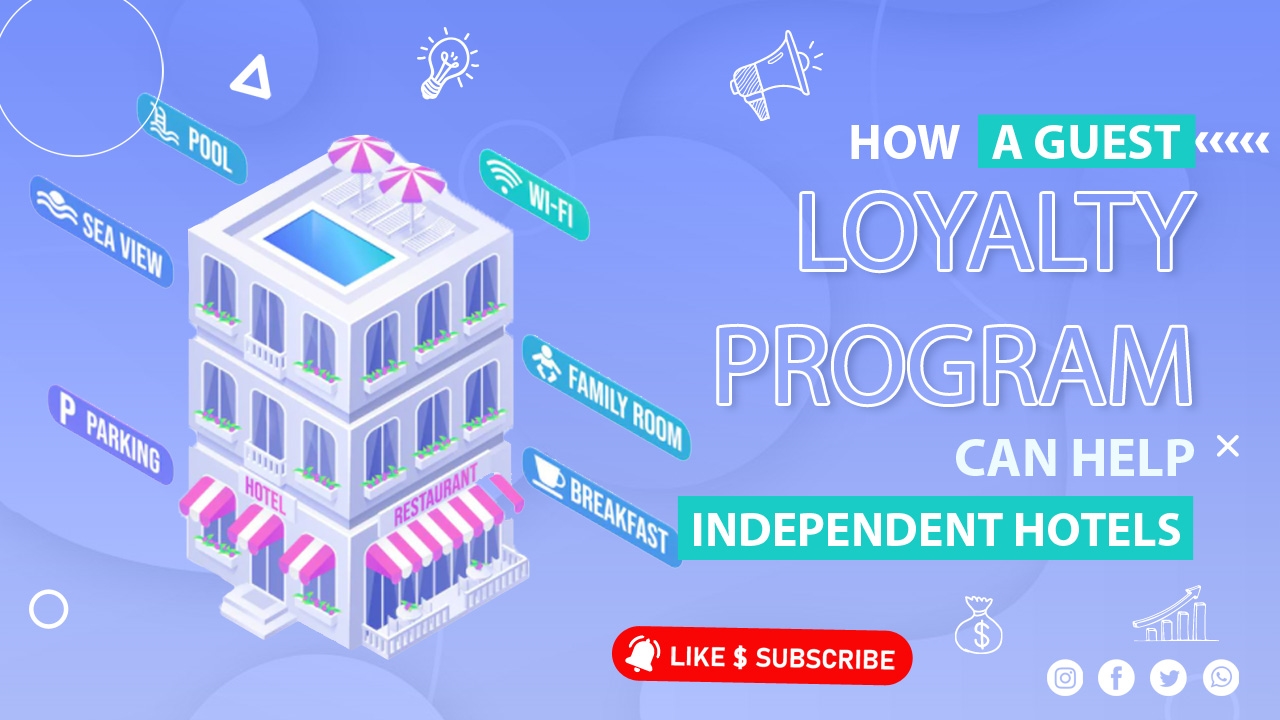 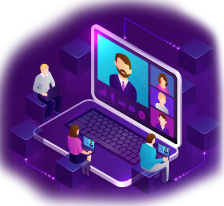 Webinar: How a Guest Loyalty Program Can Help Independent Hotels

Hello, happy Friday everyone. We are here, we are back, another webinar, Booking Ninjas. Today is Friday and we’re going to be discussing a pretty interesting topic in my mind which is How a guest loyalty program can help independent hotels.

My name is David, I’m the CEO of Booking Ninjas. For all those who don’t know and all those that do, Booking Ninjas is an all-in-one property management system comprising of every single thing that you need for your property. It also has all the bells and whistles: the external APIs, AI automation, the business intelligence… Everything you need in only one log in, guys, that’s beautiful.

So, listen, today we’re going to show that independent hotel of yours how to level up, we’re going to show them how to play with the big boys and how they can give something good to their customers that they don’t have now. Guys, the age range is changing, the baby boomers still expect more than ever before too and the full fit point, the travelers now is that thirty, thirty to forty five, thirty to fifty range. Are you hitting those guys in the right way? Probably not. Not if you’re using Opera, guys, not if you’re using Oracle products. No, you’re not doing anything productive for the guest, you’re just making Oracle rich and they are not helping you. So, I think now it’s time to analyze that and see what we can do to be better and to say “To hell with that! I’m done with that, guys”. That’s the stand you guys gotta have, you guys gotta believe, believe that this is possible, believe that we are here to help, guys, believe this, know this, understand this, get in touch with the features, guys, get in touch with the modern capabilities, ring your hotel tomorrow, we can bring this to your hotel tomorrow.

Alright, let’s do it. I’m sharing the screen and we’re going to get into the content.

Ok, guys, so as I said how the independent hotels, how people could do this… Booking Ninjas, guys, is a cloud-based, globally accessible platform giving our clients a very unique advantage, that slight edge that you never, never even imagined that you could have we could give it to you instantly.

Ok, what will be discussed today:

And we are some of the biggest drivers of all that loyalty that you expect.

Ok, so, first of all loyalty is something that people don’t believe exists anymore, but it does, it does guys, because people are humans and humans in general are loyal people. If they’re treated the right way and if they’re not backed door or not given consistent service, yeah, then they’re going to be good to you, guys. So if you’re going in treating them as if they are going to be a loyal and great customer for you, they’re going to give you back, guys, they’re going to give you more love back than you expect, than you even give them. So, guys you have to go in first of all with the mindset, the mindset that maybe not today, but I’m going to be loyal to them, I’m going to show them why they should have any kind of admiration or loyalty for us, for our company. So this is the mindset that you need to go into this with.

Ok, so, does your hotel need this? Probably yes, probably yes, guys. It improves the guest experience, it improves that happiness factor, obviously that increases bookings, it makes things more cost-efficient when you know how to market as much your hotel is full, you know just making the most of the people that you already have.

Ok, boost revenue, valuable insights, and it gives you an advantage to your brand, your brand is your mode, your brand is something no one can take from you, guys. Alright, let’s just keep moving on.

So, what are the best hotel loyalty rewards? Listen, most of the loyalty offering don’t interest them, it doesn’t even interest them enough to write down their name, full number, and email. No, forget it, what is it? You’re going to give me… Usually they don't give them anything, guys, they just use it as a marketing ploy thinking that stuffing emails in there, inboxing is going to make them like them more. But guys you gotta be adding value, you guys have to be adding so much value to people today. Who has time for anything else than that, guys? People only have time for value, guys, that’s the bottom-line. So, if you’re not on that train, then don’t even bother, don’t even bother, guys, your time is limited, your time is so limited.

Ok, rewards systems, guys. So, you know, you get special benefits like upgrades, experiences, free nights, all these kinds of things, guys. Everyone loves that. Who doesn’t like something like that? So many people are actually just being taken things from, when they get something that’s actually nice, it’s actually really nice. And you guys have to include that in your budget, guys, to give back because when people have that feeling that someone is giving to others, generous, giving, you want to give back instinctually. So, you have to build this into your budget, guys, the greed doesn’t help, it’s the giving that brings you more, guys.

Ok, so how do you do it? You have to be able to understand their needs and have the plan in place, guys, you need to build the customer loyalty. So, that’s offline too, guys, not just online. Online is like, you know, people don’t sign up, it’s gotta be part of your page, it’s gotta be part of the experience when someone enters the hotel. Are you part of the loyalty? Do you know that you can get this for not doing that much on the other sites? Once they know that, then they’re going to want to sign up. So, instead of being embedded in the brains of the people that will get hotels, there are a lot of programs out there that exist, this is the benefits, this is why you should sign up and get the guest to talk about it with excitement. You could sell ice in Antarctica with excitement, guys. As long as you guys have excitement, when everything you do and what you say, it’s going to get more noticed and people are going to take action because of that.

Ok, offer… So, what are the valuable rewards, guys? Make those evident. Do your calculations, guys, of how much… What you can get versus what you have to give up, guys, a free night and an off night especially if you are a big property, even independent properties, two, three hundred hotels, guys, that’s pretty… Two to three hundred rooms, guys, that’s plenty. You guys can build it, we could help you run some numbers as well and reports, so you build it into your… You're not really losing that much, guys, with your discounting and you’re building that relationship, guys, that relationship is worth more, it will add more.

Ok, so, the redemption has to be really smooth, guys, it has to be part of your website, it has to be part of your booking engine, it has to be meaty. Just like Uber app, once you’re driving on Uber, you just swipe and the money is in your bank account, guys. When you’re in the booking engine, in the portal, and you swipe, you hit a button, and Boom!, you get that reward, you get that free coffee, QR code from Starbucks, I go there and Boom! I got my coffee. It’s ready, it’s ready instantly, guys, instantly. And the rewards could be micro, it could be something like a pastry in the hotel cafeteria, in the hotel restaurant, guys, it could be something so simple, so easy. And it doesn’t even touch the bottom-line, guys, it’s just something that’s going to be amazing for them and for you, and you guys should just build it in, just go ahead and give it.

Alright, guys. You drive awareness to your rewards from new and existing guests, guys. Word of mouth is a very, very, very powerful thing, guys. Word of mouth. So, you gotta build this into your repertoire of your hotel, of the culture, of the DNA of your hotel. These rewards exist. My colleagues all know about it, these are the rewards, this is how you redeem the rewards and that’s it, guys, people are going to love you and they have to know about it, they really have to know about it.

“Do what you do so well that they will want to see it again and bring their friends”. Also experience what they just enjoyed having. Use that guys, famous quote from Walt Disney.

Alright, so what are the key takeaways? You must now have, should, already put a loyalty action plan in place, guys, think of really good unique gifts, rewards, that are easily accessible, easily able to be picked by your guests, something that really, really hits them close to the heart, you know, that touches them. You should know what they’re all about, guys, you should know them by now, you should know everything about them and touch them in a heartful, meaningful way, have your rewards show and show that you really know them.

Contact us, guys, we will set this all up for you in a second, guys, you know, on the portal and you’re going to pick up the rewards, the guests are going to have the points. You could a different… Whatever you guys… Imagine it we are going to do it for you online

Thank you! Have a happy weekend. Love you so much. Take care, all the best, peace and love in the world. Cheers!